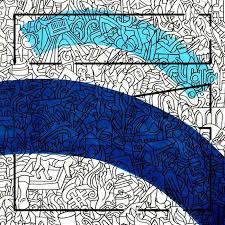 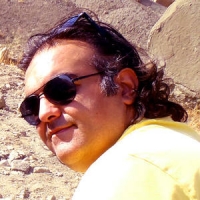 TEHRAN-TEHRAN
BIOGRAPHY
Ali Razavi (b. 1977, Tehran) initially studied mechanical engineering, but after almost twenty years of working in the arts and design sectors, went on to obtain a post-graduate degree in painting. He has been exclusively focused on painting and site-specific drawings since then. In recent years, his work has been exhibited at tens of exhibitions in Iran, the UAE, Europe and North America. Most recently, in 2018, he was part of a “Visual Dialog” series exhibition (with Fereydoun Ave and Shaqayeq Arabi) at Total Arts at the Courtyard in Dubai, UAE, and a solo exhibition of his work was hosted at Tehran’s Fereshte Gallery in early 2019.
\r\n\\r\\n\\\\r\\\\nAli Razavi usually starts his works with drawing details and continuously moves on to create more details until they make a larger whole that encompasses the viewer’s field of view. His sources of inspiration are a mixture of images from everyday life and representations from his imagination. The ultimate image reflects the artist’s mental route as a homogenized collage of objects, places, names, thoughts and eventually forms and shapes.
\r\n\\r\\n\\\\r\\\\nThe artist’s approach to the structuring of his paintings brings about a dynamism that allows the viewer to delve into the progression from any arbitrary starting point. While presenting familiar imagery to the viewer, the shapes manage to hide the artist’s footprints, thus the viewers can create their own narratives and sequences. Many of Ali Razavi’s larger pieces appe